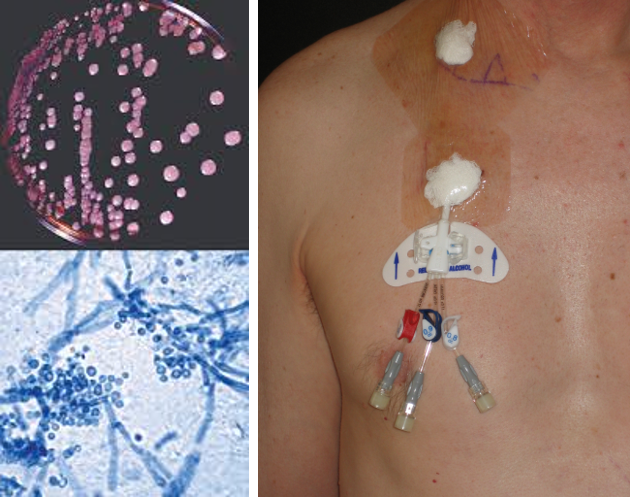 SUMMARY: Malassezia typically causes skin infections but can occasionally cause systemic disease, particularly in patients with indwelling devices such as central venous catheters. Dr Pedrosa and colleagues have published a literature review and three unrelated cases of systemic Malassezia at a hospital in Portugal.

Malassezia spp. (formerly Pityrosporum) are commensal yeasts that typically cause skin infections, but preterm infants and immunocompromised patients are at risk of life-threatening systemic involvement, often via indwelling medical devices. While the prevalence of systemic infections is low, mortality is high — partly because diagnosis (and therefore treatment) is often delayed.  Clinical course is often indolent, with non-specific symptoms such as fever of unknown origin. In addition, laboratory culture requires non-standard media containing lipids, and susceptibility testing is not routinely available.

What can I do?